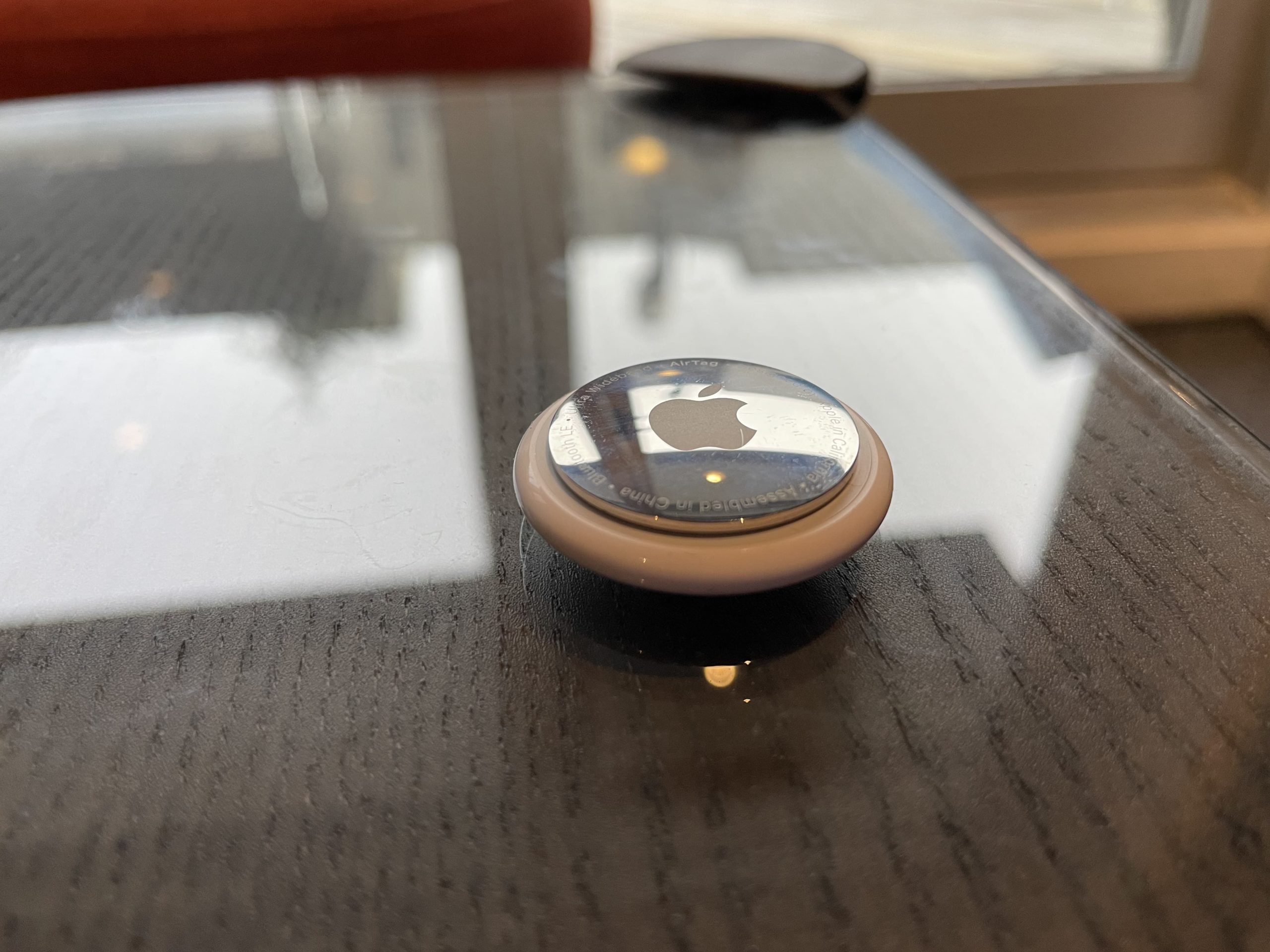 I think that the new Apple AirTag is a deceptively revolutionary piece of tech, especially for the experience design and creative technology world.

[Skip the intro and jump straight to the idea list]

The ability to track an item with your phone within a foot or a few inches is an amazing feat and is made possible by Ultra Wide Band and Apple's U1 chipset. You take an AirTag, pair it to your Apple ID and you can track it from about 50ft anywhere around you. The app pops up an arrow and a distance reading and directs you towards it. If you have lost the item, or its even further away, you can put the tag in Lost Mode, and every iPhone in the world can now be used to find the item's last know whereabouts. If someone does find it, you can sync a message to the tag. That could be anything brief - from your phone number, email or a secret communique URL.

The interaction of finding a small object itself is not new at all, preceded by things like Bluetooth beacons, Tile trackers, other more complicated systems like the Pozyx, and asking your mom if she's seen it anywhere. There are also many versions of this kind of precise digital positioning stuff in place in automated factories, but moving those systems into the wider world has been a challenge. Apple's implementation is far and away the best consumer version of this tech compared  to others for many reasons, including a smooth user experience and a fairly reliable application of the tech at a reasonable price point. Samsung also has their Galaxy SmartTag that offers 130yds of location sensing and provides an AR view to locate the item, but it's a similar walled garden situation where you'll need either a Samsung device to use them. Here is a decent roundup of competitor options.

When I had tried to use similar tools for BLE/bluetooth beacons and distance sensing, the results were always all over the map and just not predictable in many environments. Distance sensing was always a mess, and tended to be a slow and frustrating interaction.  Now that this is is becoming more of a solved problem, there are so many fun, stupid, creative ideas to be had. Precise positioning, especially indoors is one of the lingering unsolved problems for many creative tech applications. Knowing the precise 3d position of an object or person in a space can enable a lot of fascinating interactions in public spaces. There are other approaches for this like triangulating Wi-Fi signals (some Wi-Fi routers even offer rudimentary motion sensing). GPS is great, but is only accurate to within about 10ft in ideal conditions, which normally doesn't include indoor environments.

Whenever a new piece of technology comes becomes available to the broader consumer market, I think it's important that creative technologists and experience designers start to identify what the technology is really good for, what it's terrible at, and what is a "reach" use case that the next iteration could become. Let's take a quick look at the capabilities:

The Apple implementation is not perfect. It is still all within the Apple ecosystem and requires a newer iPhone with a U1 chip, and app developers can't just get right into integrating the AirTag into their apps for custom use cases. You also can't easily share the AirTag's location with other people or your family members if you're trying to track a common item. The hope is that WWDC 2021, Apple will add the AirTag to their Nearby Interaction framework for other developers to use in creative ways, but as with most things Apple, don't hold your breath. There is a hidden developer mode currently available for them that does expose some additional information and capabilities, but it will likely be removed in future updates.

Anyway - I find the tech to be a fascinating new tool for enabling various experiences. I've compiled a brief list below of some fairly dumb/creative/brilliant/joke/fanciful applications that I could think of for AirTags. Anything from individual uses to large group activities, to scavenger hunts, and then some weirder impractical stuff.

To compile my list, I found it helpful to think of the generalized capabilities first. In a general sense, you can:

The List of Dumb / Creative / Impractical / Practical Applications I could think of:

Disclaimer: I must note that these ideas below should NOT in any form be tried or carried out. Many are dangerous, very stupid, possibly illegal, wasteful, technically impossible, will break your AirTag, or are just conceptually bereft of substance. They are provided purely as a thought exercises or provocations.

If Apple opens up API access or a way for people to publicly access and locate the same AirTag, even more possibilities become available. Some of these ideas are already enabled with Apple's Nearby Interaction protocol, but it requires that all users have a newer model iPhone with a U1 chip - this allows you to detect how close you are to another phone and their general direction.

Have more creative AirTag ideas and want to include them? Please leave them in the comments and I'll update the list! Thanks for reading!