10,000 items or less is a video art piece I worked on in the spring of 2008 while in college. It was a reaction to how I was thinking about the entire process of producing a single product. Each product in a store had to be desired, conceived, researched, have it’s resources harvested, produced, designed, marketed, shipped, and stocked. The man hours involved in doing all those tasks alone is difficult to fully process, and then this number is multiplied for each item in the store.

The project involved dozen’s of trips to different supermarkets in the area. I had to go to several stores because most stores wouldn't officially allow me permission to photograph their shelves when I asked, so I would occasionally be asked to leave.

In the end, I had a little over 10,000 images of individual products in the stores. Unfortunately, 10,000 doesnt even reach half of the actual number of items in a supermarket. I skipped whole aisles and types of food and products. I ended up taking about 9,000 of the pictures myself and about 1,000 of them are from some helpers I had along the way. The above video plays back at 30fps, but there are 60fps and 240fps versions as well (that are much shorter).

At the time, the images were sequenced in Jitter but I recently used FFMpeg to make the 240fps version. The original sound is generated by running the finished video through a Max/MSP patch and deriving chords based on the RGB values of each image.

10,000 items or less has been featured in several festivals on the east coast. It has been part of the onedotzero festival at EMPAC as part of the Student Selects. It was also in PICS 2009 at The Center for Photography at Woodstock, NY, Pixilerations [v.5] in Providence, RI and the DRIP festival at RPI and VCU.

All images have also assembled into a massive, massive JPEG (~7800x55000px) and another version that used TSNE to sort images by similarity and make a gigantic mosaic image out of them. View it here. 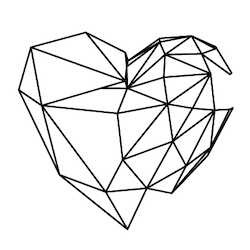